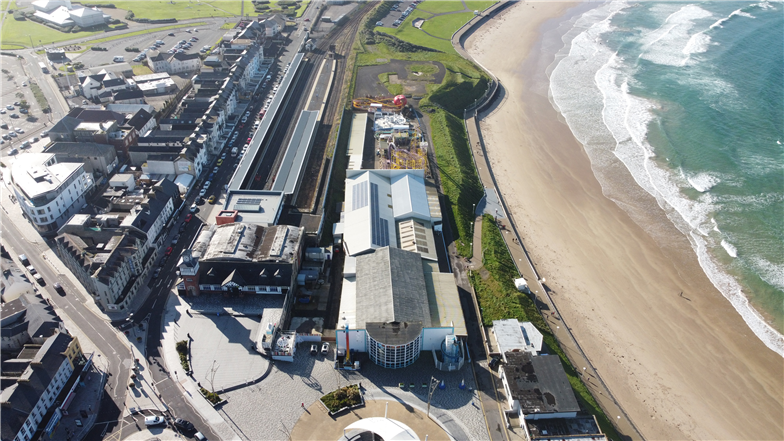 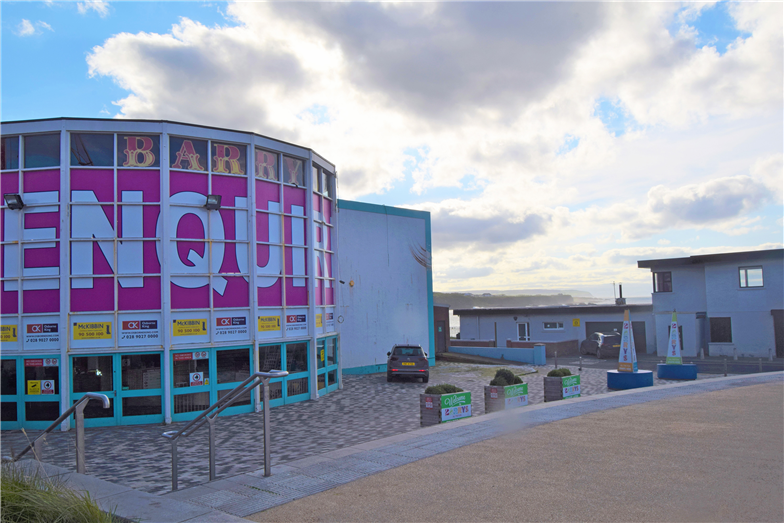 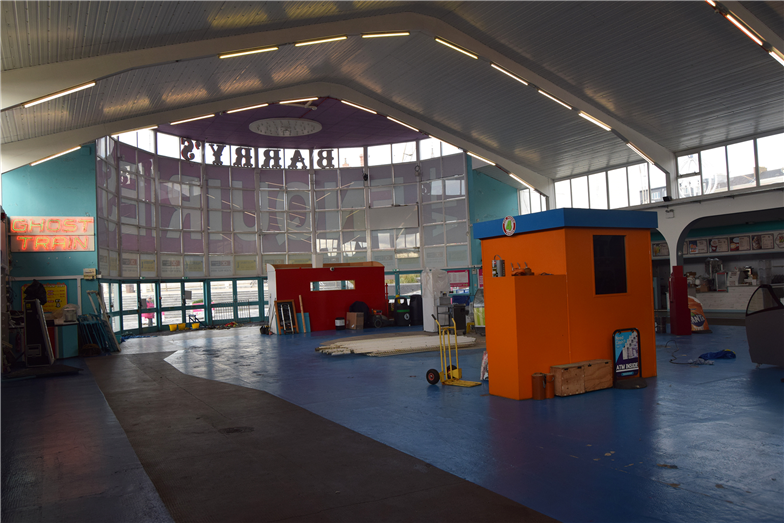 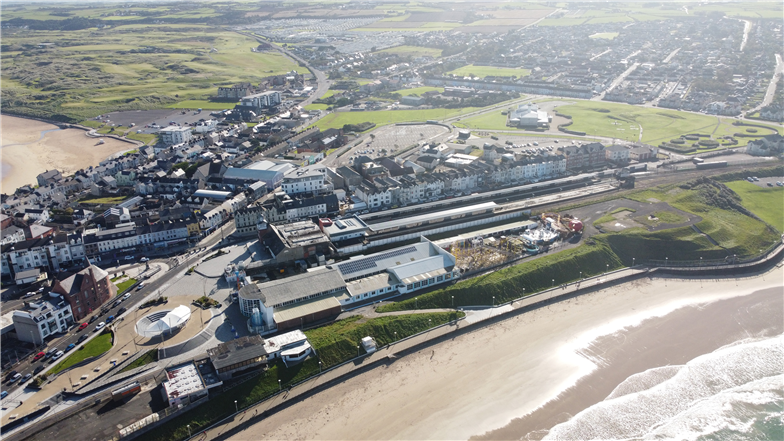 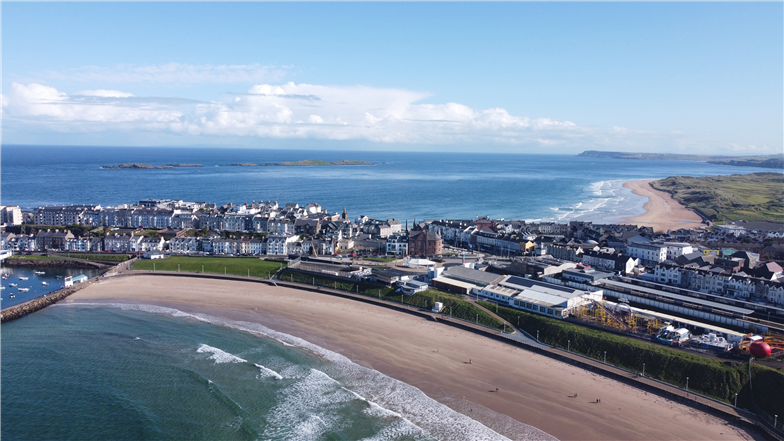 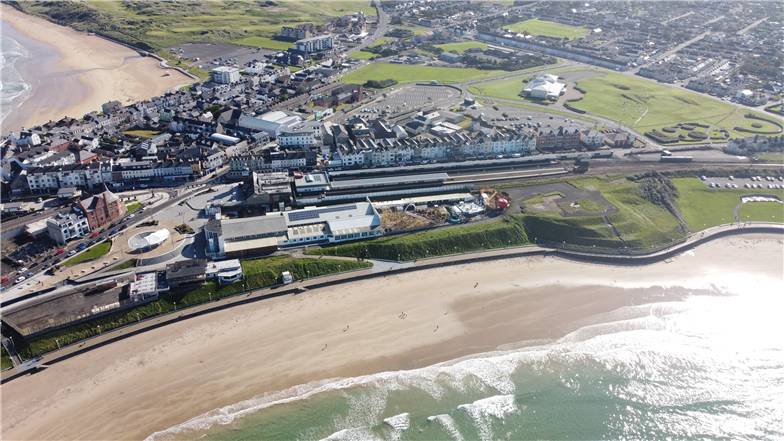 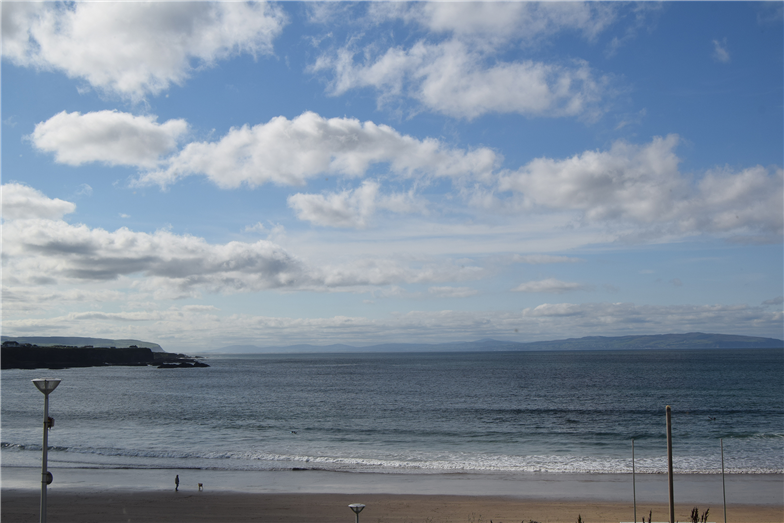 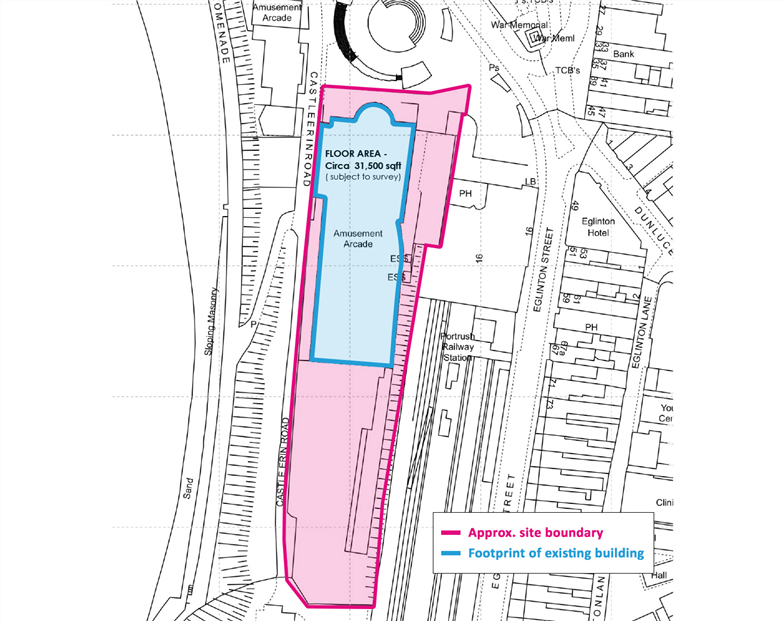 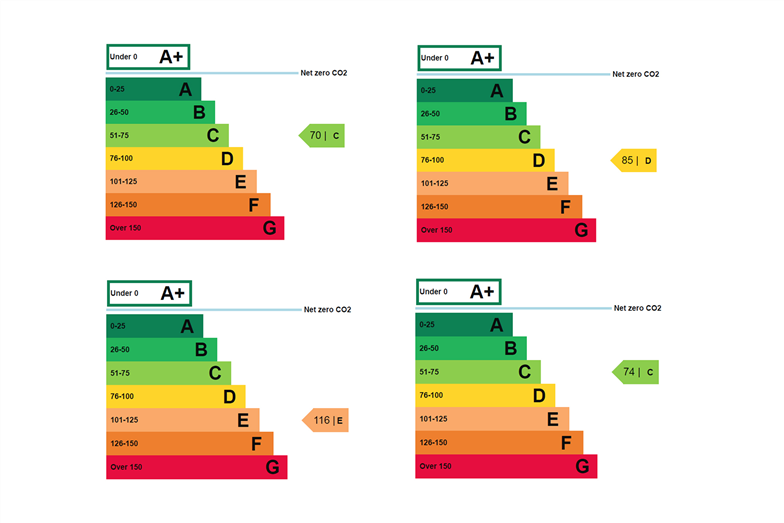 The site extends to approximately 2.22 acres (0.90 ha)and consists of the former Barry’s Amusement Site, which includes circa 31,500 sq ft of buildings located in the heart of Portrush. Barry’s was opened over 90years ago in 1926 by the Trufelli family and was widely recognised as Northern Ireland’s largest and longest running amusement park.

The site sits in a highly prominent sea-edge location, between the newly renovated Portrush Train Station and Portrush Beach. The site benefits from key frontage to both the western and northern edge with magnificent coastal views. The immediate vicinity comprises a healthy mix of residential, commercial, retail, leisure and food and beverage uses.

The property is approached via Kerr Street/Castle Erin Road and enjoys direct pedestrian access onto the recently refurbished public realm space surrounding the Portrush amphitheatre, as well as the promenade and beach at West Strand.

Portrush enjoys a spectacular location on the North Coast famous for its panoramic views over the ocean of the Causeway Coast towards Scotland and the Donegal hills. It is situated on a mile-long peninsula extending out into the Atlantic Ocean.

Portrush remains one of Northern Ireland’s premier tourist resorts with many major events taking place annually such as The North West 200, Portrush Raft Race and The Air Waves event which bring in approximately1.5 million tourists to the North Coast. The Open will once again be held at Royal Portrush Golf Club in 2025 which will attract a significant number of additional tourists in the coming years.

There is an abundance of historic sites and tourist attractions to visit, including the world-famous Giant’s Causeway, Bushmills’ Distillery and Dunluce Castle, all within easy access.

We have been instructed to secure a tenant for this prime leisure and entertainment venue. We are open to discussions with all potential occupiers and further information on lease term and rent are available on request.

Please note the equipment is the property of the former owners and does not form part of any leasing agreement.

Strictly by prior appointment with the joint selling agents. 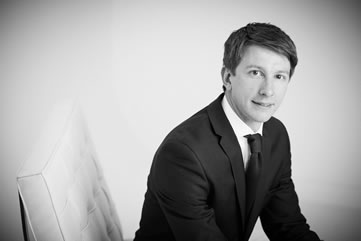