OUR TOWNS AND CITIES MUST EVOLVE TO SURVIVE 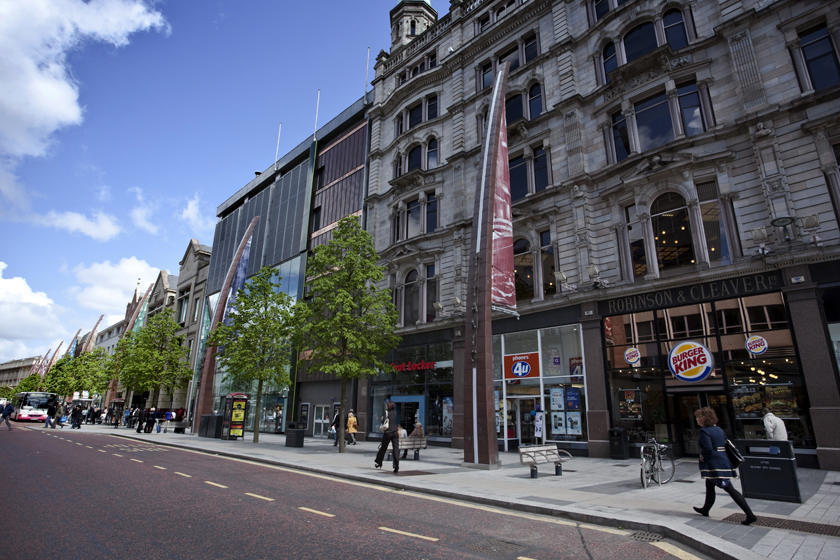 Around six years ago, I was asked to contribute an industry article in an urban regeneration publication outlining the positive steps that could be taken to re-invigorate town centres in a prevailing climate of spiralling retail failures and horrendous high street vacancy levels.  In 2012 we had just witnessed the collapse into administration of ubiquitous high street names such as Barratts, Clinton Cards, Peacocks, Julian Graves, Ethel Austin and JJB Sports.  Admittedly, some of these names did manage to survive this tumultuous period, and remain a high street presence to this day, but thanks only to good fortune and aggressive restructuring of their respective estates.

At that time most commentators (me included) suspected quite logically that we had seen the worst as the real impact of the credit crunch truly took hold, yet here we are six years on and the retail casualties simply keep on coming!

In recent months, Poundworld, Maplin and Toys ‘R’ Us all slumped into administration whilst high-end department store, House of Fraser, has recently announced a CVA which will see them close 31 stores across the UK (more than half of their current portfolio) putting up to 6,000 jobs at risk. Not to mention the numerous ‘quiet conversations’ being had by plenty of others urging landlords to accept reduced rental payments just to help them through.

In light of the above, it has therefore never been more evident that our town/city centres must evolve beyond a traditional retail dynamic in order to survive. Whilst progress in Belfast over recent years has been encouraging, it is imperative that our stakeholders continue to assist property developers to continue re-imagining our cityscape.

To a degree one could argue that the renaissance is already underway, particularly having regard to recent development activity in Belfast city centre.  Whilst the Ulster University campus construction has been delayed, a number of city centre student housing schemes are already in operation and several more are in the development pipeline.

In terms of leisure, the picture is also bright with hotel openings galore over the past 12 months; the 23-storey Grand Central by Hastings Group and Hampden by Hilton both opened in June providing a further supply of 479 bedrooms.  Budget concepts too are on the rise with the easyHotel on Howard Street and locally-backed studio concept, The Flint, both scheduled for opening later this summer.

This is obviously great for Belfast but what about farther afield?  Interestingly, a noticeable trend is now emerging in provincial towns up and down the country.  Encouragingly, this trend is the re-emergence of the local retailer seizing the opportunity to acquire freehold properties at discounted prices to consolidate or indeed expand their presence within a local area.  A review of local bank branch disposals in recent years including those carried out by Osborne King on behalf of Danske identifies that most of these properties were acquired not by investors but by local businesses or charities for their own use.

I also firmly believe that conversion to residential use must be promoted as absolutely fundamental to the changing face of the high street and this is particularly so in provincial locations.  After all, it’s perhaps the most obvious catalyst; bring people back to live in the heart of a town or city and they’ll avail themselves of nearby retail and leisure offers helping to sustain the environment in the longer term.  Belfast itself needs much more genuine city centre schemes and it is particularly encouraging to see several  in planning at last seeking to utilise vacant upper floor accommodation within the retail core.  One does, however, wonder why we don’t follow England’s example and grant Permitted Development Rights (PDR) to developers seeking to convert antiquated office schemes into residential units.  Such a move would revolutionise the development process and would show a genuine acknowledgement of the pressures facing Belfast and our larger urban areas.

Over the past decade our indigenous developers have proven themselves to be a particularly hardy bunch, genuinely entrepreneurial, and deeply passionate about the success of business in Northern Ireland. It is therefore imperative that they are further supported by a more flexible and efficient planning system and local government if we wish to see the evolution of our urban areas continue.