RETAILING: FROM EVOLUTION TO REVOLUTION

The world of retailing has changed exponentially over the centuries and this is particularly so in recent decades.


In practically all of our market towns we have a market square or street which illustrates how this particular part of the town got its name originally. Many of these market streets and market squares converted over time to high streets where retail businesses were run from buildings and the markets were decanted or lost.

In the second half of the last century retailing changed fundamentally with the construction of supermarkets, hypermarkets and shopping centres resulting in a move away from the high streets.  In recent years, shopping centres in Northern Ireland have developed into a recognisable hierarchy with centres such as Foyleside, Abbey Centre, Sprucefield and Rushmere dominating the retail market primarily because of their critical mass and their capacity to dominate the areas in which they are located.

In some senses, retailing has become the new religion with these shopping centres becoming the new cathedrals and customers their congregations.

But it is not just the food supermarkets and shopping centres that provide opportunities for retail consumption. Witness the phenomena of online shopping, Point of Sale, Click and Collect, Easy Food 25p among others. A more recent retail phenomenon is a combination of convenience and online retailing offering a high-tech business model which digitally extends shop aisles into the warehouses of suppliers via interactive instore kiosks.

All of this is triggering new expectations from shoppers and leading to growing integration between retailers, developers and consumers in order to create new space which responds to both consumers’ and retailers’ needs.

At a local level the recession over the last eight years has precipitated significant changes in the retail environment. From a property perspective there has been no significant development of new shopping centres or retail opportunities, in part caused by reduced consumer demand, but also by the absence of funding from banks for developers.

Although secondary and tertiary locations and secondary shopping centres have been particularly badly affected, there is empirical evidence that prime shopping centres in Belfast city centre are recovering with a growth in demand and Zone A rents.

Looking ahead, a number of interesting questions regarding the future of our local retail market are worth considering:
1. When will banks and lending institutions be in a position to fund development of new retail opportunities particularly in town centres?
2. How will the new international owners of shopping centre developments in Northern Ireland deal with the assets that they hold?  Will they hold and develop these properties long term or is their intention to turn them at a profit in the short term?
3. What will the continued impact of online sales be on bricks and mortar and will the evolution of online sales continue with shops digitally extending their aisles into the warehouses of suppliers via interactive in-store kiosks?
4. What will the impact be of Brexit on the retail market and in particular the on-going relationship between border towns on the northern side of the border with the Republic of Ireland?  Will there be any sort of tariff and border controls between say Newry and Dundalk and Derry and Letterkenny?
5. Even if the UK stays in the EU, will the currency exchange rate between the Euro and sterling stabilise, and if so, will it favour trading going north to south or south to north?  If the Euro weakens further against sterling will there be a continuous haemorrhaging of spending power to the Irish Republic and other Euro countries?

Obviously, these are challenging issues, separately and collectively and clearly demonstrate a constantly changing environment which is very difficult to predict. From a property perspective a continued improvement in the economy would be very attractive but factors such as Brexit and the uncertainty it causes together with the on-going evolution of online sales and other new forms of retailing will make predicting retailing in the short term difficult never mind the medium term.

Overall, the frantically dynamic nature of the retail market is showing no signs of slowing up and there is evidence to suggest that it will continue to evolve irrespective of the economic situation.

Frank Cassidy can be contacted on 028 90270000 or by emailing frank.cassidy@osborneking.com 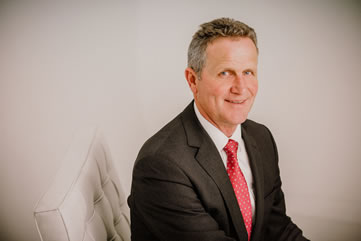