Hospitality Ulster, the professional body representing the interests of the local retail licensed premises trade, has appointed Osborne King as its preferred supplier of property-related services to its members which include hundreds of Northern Ireland’s leading bars, pubs, restaurants and hotels. 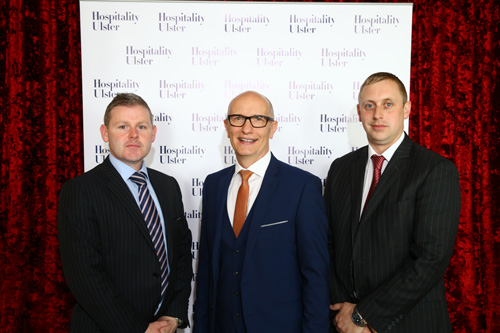 Mark Carron, who heads up Osborne King’s Licensed Premises team, commented: “We are delighted to have been awarded this contract and look forward to working with Hospitality Ulster and providing its members with independent, professional advice on a whole raft of property issues.  This is an interesting time for the licensed property trade particularly in the wake of the rates revaluation that took effect in April.

We have developed a tremendous amount of expertise in this area over the years and anticipate being able to help many local operators understand changes to the rating system and the full implications for their businesses.   Our affiliation with the main body acting on behalf of the local licensed premises trade is not merely a “natural fit” for us, but also affords us the opportunity to extend our client base across the province.”

Colin Neill, Chief Executive of Hospitality Ulster, added: “Property and rates issues are centre stage right now, and of vital importance to our members businesses; especially in this post- rates revaluation year. I am confident that we are offering Hospitality Ulster members the best possible support and advice in Osborne King. In fact, a growing number of our members businesses have already availed of the free telephone helpline on offer, and are currently appealing their rates bill with Land and Property Services as a direct result of this effective partnership.”

Osborne King is Northern Ireland’s leading Licensed Premises consultancy team having topped the poll for local hotel and leisure deals during 2014 according to figures published by Estates Gazette magazine in its EGi’s Most Active Agents 2014 competition.  This is the third year in a row that company has picked up the award.