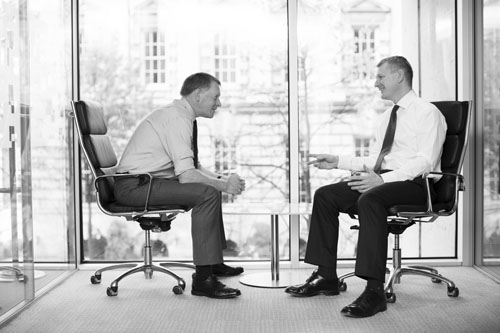 The last time this particular scribe interviewed Martin McDowell was in 2008, a time when the Northern Ireland commercial property market was in the early stages of a reversal of fortunes which would catch most people unawares. Six years on and with a lot of water under the bridge for the sector and for the scribe – but not for Osborne King which can proudly claim to have avoided any redundancies even during the recessionary times – and we’re back. We’re once again with the managing director in the same boardroom in Osborne King’s offices on Belfast’s Donegall Square South and joined by director Paul Henry, who also happens to be Chairman of Chartered Accountants Ulster Society. No better experts to put a finger on the issues impacting commercial property in Northern Ireland at present and no finer setting in which to do it.

While referring to the aesthetics of an interview’s setting might seem a little off topic, in this case the pleasing environment of the surveyor’s office is at the heart of one of the biggest issues faced by surveyors, companies and inward investors. Osborne King’s offices are – whisper it quietly – grade A, the top grade of office space available and just the type of accommodation a newly arrived or expanding inward investor would expect when it sets up camp on these shores. And very nice they are too. If you’ve been listening or reading any form of business news over the last few years, it won’t have missed your attention that it’s this grade-A office space which is in short supply in Northern Ireland. It maybe wasn’t such a big problem during the recessionary years when the economy was contracting but is becoming an issue now that things are looking up and a plethora of inward investors are heading here.

Why has such a situation arisen? Surely higher demand would push up prices and natural market laws would sort the whole problem out sooner than you could say “one careful owner”? Perhaps that would be the case in a free market situation but the Northern Ireland commercial property market doesn’t operate under such conditions. Mr McDowell said that in Belfast, around 50% of office space is rented by government, a percentage which far outweighs that of any other UK city. It stands to reason this higher demand should drive prices higher, encourage development and increase supply of office space, but there’s a catch. The Modern Government Lease (MGL), an agreement owners who let their buildings to government bodies are forced to sign up to, is a Northern Ireland peculiarity. It was designed during the days when some of this island’s commercial property was built to less stringent standards and public sector renters were forced to foot vast repair bills. It was an admirable and effective means of protecting the public purse in its day but is now deterring investment in new-build office development by keeping rents below a viable level. “The biggest single problem in the Northern Ireland office market is that rental levels sit below the level of economic development,”  Mr McDowell said. “Grade A space in Belfast currently stands at £12 to £14 a square foot whereas it needs to be £18 and above to make economic sense to a developer. That’s a big shortfall.”

To compare, in Glasgow, a city with a similar economic makeup to and not a million miles away from Belfast, rental for Grade A office space stands between £26 and £30 and availability isn’t an issue. “The government valuers have manipulated the market for their own benefit and prevented growth,” Mr McDowell said, referring to the cane toad analogy he has used in this very magazine to explain the impact of the MGL i.e. toads introduced to Australia to combat the cane beetle, a pest of sugar cane, ended up being more of a pest than the beetles they failed to eradicate. The MGL sought to solve a problem but created a bigger development issue instead.

So, having established how such a standoff has arisen, how does he think it should be rectified? Mr Henry knows one simple solution. “Government should give an undertaking to stand aside from their Grade A offices when a private sector renter needs the space,” he said, adding that a decentralisation of government departments, such as the Department of Agriculture and Rural Development’s impending move from Dundonald to Ballykelly, should be repeated when needed. Another straightforward idea would be to make new offices exempt from rates until first let, an unnecessary expense which can put off potential developers. And he also suggested government could offer low-cost finance for developers and underwrite future rental. Such strategic thinking doesn’t come without deep knowledge of the industry, something Osborne King has been building over many years.

“We’re the largest independent practice in Northern Ireland and over the last few years we’ve had to adapt what we do,”Mr McDowell said, referring to the likes of the property auctions the company was instrumental in introducing to Northern Ireland only a few short years ago. That independence – rather than relying on a national parent company – is key as it means Osborne King relies heavily on its reputation and is therefore totally committed to providing a full, honest and efficient service. Six years since we last met, it’s clear that approach has stood them in good stead. 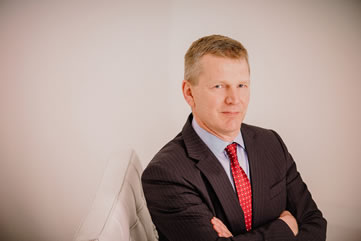