Spotlight on Derry and North-West

The countdown to UK City of Culture 2013 is well underway with a packed programme of events and activities aimed at putting Londonderry firmly on the cultural map in addition to delivering substantial long–term economic and social dividends that will benefit not just the city but the entire north–west region.  News that Derry would be hosting next year’s Turner Prize as part of its UK City of Culture programme boosted spirits further particularly since this will be the first occasion on which the prestigious awards ceremony will take place outside England.  It is estimated that the City of Culture accolade could generate revenues in the region of £100 million for Derry in addition to creating hundreds of new jobs through inward investment and local business growth.  All of which remains to be proven, however, there is no doubting the mounting sense of excitement and vitality building as the launch date approaches.

The Ilex urban regeneration body officially opened the city’s new "Peace Bridge" in June 2011.  Spanning 312 metres across the Foyle from the Guildhall to Ebrington Embankment, the £14million European funded cycle and footbridge had recorded approximately 470,000 pedestrian and cyclist movements between the date of opening and February 2012.  Disappointingly, the re–development of Fort George on the Foyle’s west bank has suffered a serious setback following news reports that decontamination work scheduled for completion in June 2012 has been delayed for several months, potentially jeopardising a 14 million euro funding application to the Special EU Programmes Body (SEUPB) aimed at  creating a new regional science park on–site.

On the retail property front, Derry and the north–west has been similarly affected by depressed retailing conditions prevalent across the UK with well–known retailers including Peacocks, Bon Marche and Game vacating shops and units on the high street and within shopping centres.  On a more positive note Foyleside Shopping Centre has recently announced the arrival of two high street fashion retail names, Jane Norman and Vogue, both of which are new entrants to the local marketplace.

Continuing in a positive vein, Environment Minister, Alex Atwood recently gave the go–ahead for Tesco to re–develop the Lisnagelvin Shopping Centre on the Waterside.  The £40 million project will replace the 30–year old shopping centre with a new Tesco superstore and an additional 13 retail units doubling the existing footprint to 80,000 sq ft and creating up to 200 full and part–time retail positions plus an estimated 300 construction jobs.  Planning officials are also considering nine other applications proposing considerable new retail space within the city although no decisions are imminent.

Meanwhile two substantial investment properties are on the market currently – Sainsbury’s on the Strand Road, which has an asking price in the region of £19.4 million and offering a net initial yield of 5.36% and the B&Q store at Faustina Retail Park on the Buncrana Road with offers invited circa £16.33 million offering a net initial yield of 8%.  We understand that agents have received encouraging levels of interest in both properties from UK funds and property companies.

Elsewhere, the ill–fated A5 cross–border dual carriageway project was thrown a lifeline in the form of Stormont  pledges to upgrade two sections of the road between Londonderry and Strabane and Omagh and Ballygawley representing an investment of £330 million.  Work on these two sections is due to start by the end of this year.

Strabane is hoping to benefit from the creation of a new business park on Melmount Road as a result of a £7million investment by Invest NI aiming at supporting economic development within the area.  Work is well underway on the first phase of the scheme, which will deliver 22 acres of serviced land to potential investors. 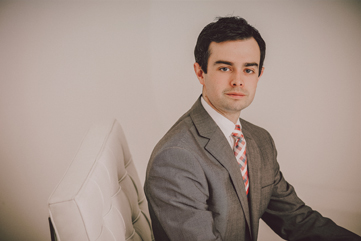