A vacant Belfast city-centre property is experiencing a new lease of life as rehearsal space for leading children's theatre company, Cahoots NI, through an initiative, which was originated by property consultants, Osborne King in association with Arts & Business Northern Ireland. The former Northern Bank building on Donegall Square North had been vacant for approximately two years until Cahoots took up residence transforming the former banking hall into a full scale rehearsal space before embarking on a regional tour of its current production, "A Spell of Cold Weather" at the beginning of March.

The project involving Cahoots NI was instigated by David McClure, a director with Osborne King, and Heather Carr of Arts & Business Northern Ireland. As Mr McClure explained: "The reality is that Northern Ireland currently has retail vacancy rates of 14%, the equivalent of one in seven shops, according to figures published recently by the British Retail Consortium. Allied to this statistic is the fact that landlords are required to pay vacant rates, service charges and maintenance costs on buildings that are lying empty and neglected, which causes its own problems including dramatically increased insurance premiums."

Continuing, he added: "Giving organisations such as Cahoots NI the use of this building for an agreed period of time and with the requisite assurances in place is not mere altruism. On the contrary, it helps to breathe life into an otherwise sterile environment and reinvigorate the high street. The extent and depth of the recession means that there is a real need to reinvent our retail townscapes to ensure that our town centres evolve into mixed use spaces in which the arts play an integral part." 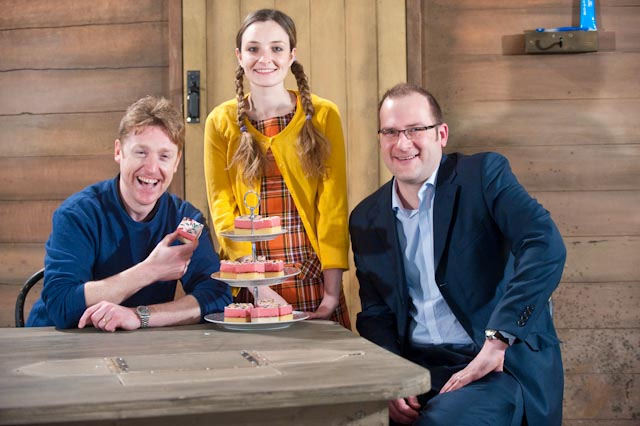 Speaking on behalf of Cahoots NI, artistic director, Paul Bosco McEneaney said: "Normally with a production on this scale, we would have to rent rehearsal premises outside Belfast owing to budgetary and space constraints. Being based in the city centre for the entire rehearsal perod leading up to our tour has been fantastic in terms of terms of convenience and accessibility for the cast and crew whilst also affording us the luxury of having our equipment, staging and costumes under the one roof. We have also been able to make significant cost savings in terms of transportation and storage, which is an added benefit."

Echoing Mr McEnaney's remarks, David McClure concluded: "I am delighted that this space works so well for Cahoots, and to my mind, there are ample additional opportunities for similar organisations to benefit from this innovative partnership between business and the arts, which goes beyond traditional forms of sponsorship and mentoring. Future business recovery will require new ways of thinking and a new approach. By their very nature, the arts exude positive energy and creativity, key elements which are vital in order to stimulate economic movement and growth."

Cahoots NI's regional tour of "A Spell of Cold Weather" opened in The Alley Theatre, Strabane on the 3rd March 2012 and will be staged at the Lyric Theatre, Belfast from the 15th – 18th March 2012 before ending its run in the Pavilion Theatre, Dun Laoghaire on the 31st March 2012.