Following the successful launch of Ikea at Holywood Exchange, located at Tillysburn in East Belfast, towards the end of 2007, the marketing of the final phase of the scheme, a 150,000 sq ft retail terrace, is now well underway. Owned by clients of AXA REIM Holywood Exchange was ranked third in the Top UK Retail Parks (Source: Definitive Guide to Retail and Leisure Parks 2008) and has to date attracted a number of leading retail names including Ikea, Sainsbury’s and B & Q. 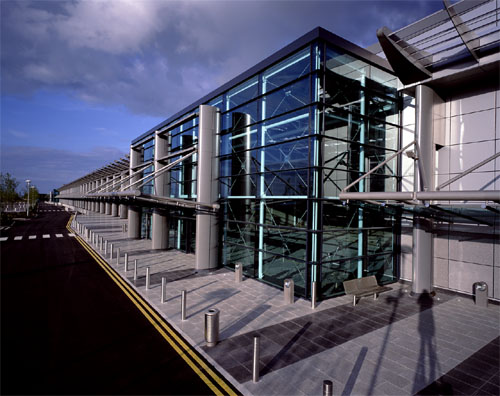 Harvey Norman, the Australian furniture, electrical and computers conglomerate, has opened a 60,000 sq ft store occupying 4 units at the IKEA end of the terrace. Harvey Norman first entered the Irish market in 2003 and now has 11 stores across Ireland.

In addition, Next Home has also opened a new 10,800 sq ft unit offering the entire Next homewares range. The retailer has installed a full mezzanine floor thereby increasing the total floor space to approximately 20,000 sq ft.

Colin Mathewson of joint Letting Agents, Osborne King, said: "Obviously the arrival of leading retail names such as Harvey Norman and Next Home is a great boost for Holywood Exchange in terms of further enhancing its retail offer. There has been a great deal of interest in the remaining units available within the retail terrace, all of which have now been released and announcements in respect of these are expected shortly".

Paul Reid, IKEA Belfast’s Store Manager, added "We are delighted by the public’s response to IKEA’s range of well designed, quality and affordable furniture and home furnishing accessories. In our first year of trading we have welcomed over 2.3 million visitors from across the island of Ireland to our store at the Holywood Exchange. We are confident that the continued development of the Holywood Exchange will further secure its position as a destination for home furnishings shopping."

All lettings at the retail terrace at Holywood Exchange are handled by Harvey Spack Field, CBRE and Osborne King.