A commercial property located within a landmark new town centre scheme in Barking, Greater London, has been acquired by Osborne King on behalf of a local investor in a deal worth £5.3 million reflecting a yield of 6.18%. The 30,000 sq ft building comprises a ground-floor level Tesco Food Store and a 66-bed Travel Lodge occupying a further four floors of accommodation.

The newly built property was one of a number of investment opportunities available within Barking Central, a mixed-use scheme that forms part of the £100 million re-development of Barking town centre, by Redrow Regeneration in a Public Private Partnership involving the London Borough of Barking and Dagenham. 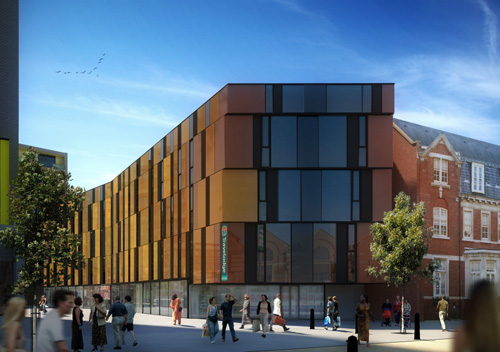 Osborne King identified the property as a suitable investment opportunity for its client and Andrew Coggins of the company’s Investment division commented: " Undoubtedly times are tough within the property market, however, deals such as this prove that the market is not, as some would have it, dead. Certainly, it is experiencing a protracted period of re-alignment mainly in terms of price adjustments, which is also providing enhanced opportunities for investors, particularly those who are less highly geared and who can take advantage of more realistic prices than in previous years."

" It is worth also noting that yields have moved out to more attractive levels, as is the case in the Barking deal, and again this should act as an incentive in some cases.”

Continuing, he added:" Overall, we believe that Northern Irish investors should still be able to acquire profitable investment properties within Northern Ireland and mainland Britain where stock is available across all sectors. Undeniably, identifying and securing opportunities within key sectors including food stores, hotels and offices that offer long-term secure income will be harder than in recent years, yet ultimately worth the time and effort. And let’s not forget that property by its very nature is cyclical, which means that recovery will inevitably occur."

Barking Central is one of the first Thames Gateway schemes – Europe’s largest regeneration initiative - to have come to fruition, and its combination of excellent commuter links, location, catchment area and design specification is attracting new business into the area. Located a mere two miles to the east of the planned Olympic Park currently under construction ahead of the 2012 Olympic Games, Barking Central has already become one of the fastest selling developments within the region.