Over the last thirty years, I have been involved in the sale and valuation of countless licensed premises across Northern Ireland, and during that time I have tried to be realistic in respect of my assessment of the market at all times. During this period, the industry has endured tough times such as the early 90s, but I have never experienced a more challenging period than the past year or so. For those of you working at the "coal face", there is little point in my glossing over the current situation as we all need to face up to reality as it presents itself.

The one point that I would stress is that although the credit crunch has had the greatest impact in terms of prevailing difficulties within the licensed trade industry, other factors including the smoking ban and the price of alcohol sold off-sales have also played significant roles. Gone are the days when many of your customers smoked ten cigarettes and drank six pints of beer during the course of an evening at the pub: that customer does not exist any longer. Instead, he or she is opting for a couple of pints in the pub and then returning home to drink alcohol at a cheaper price and enjoy a cigarette without any hassle. Another growing trend relates to the 18-30 age group whereby people will now have a few drinks at home before going out to a pub or nightclub at around 10.00/10.30 pm as opposed to heading out earlier in the evening.

During the first six months of 2009, the licensed premises market was awash with rumours regarding various premises being in trouble with receivership reputedly just around the corner. Needless to say, the licensed trade is never short of rumours many of which were either exaggerated or totally unfounded. Unfortunately, the rumour mill was correct in some cases, and after the summer, approximately eight pubs including The Potthouse, Irene & Nans, Café Rouge, all in Belfast, and Kaya in Bangor went into receivership. In my experience, there have never been so many licensed premises in administration or receivership within such a short space of time. I have been involved in the sale, acquisition or valuation of all of these premises, and while the credit crunch has been a major contributory factor, other underlying problems came into play. On a slightly brighter note, not all of these sales were forced: I sold a portfolio of five pubs to Beannchor as well as The Chestnutt Inn in Moira. There are buyers out there, provided you know where to look. 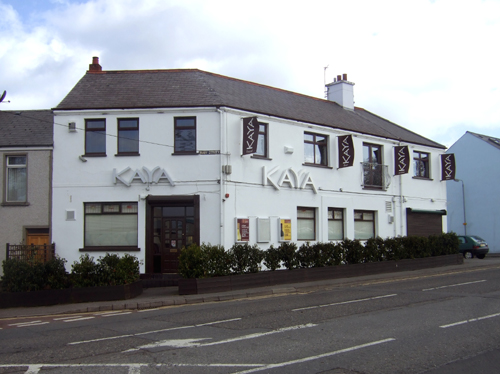 Whether or not the next year brings another rash of forced sales is difficult to predict albeit in my opinion, we are not finished yet and more casualties may occur within the first half of 2010. While I have great sympathy for those whose businesses collapse, there is little doubt that this also presents opportunities for those in a position to buy. Prospective purchasers also face the hurdle of being able to obtain finance with the majority of banks only considering applications from purchasers with at least 50% equity. The most common complaint that I have heard this year concerns the attitude of banks who are interested in "restructuring your loan", which basically means charging you more for your existing loan rather than lending new money! Meanwhile, the breweries have more or less ceased providing funding to purchasers.

In my opinion, the next 12 months will continue to see a realignment of prices with the days of £2 in the £1 of net turnover relegated firmly to the past. On a more positive note, if you are considering selling, make sure that your accounts are up to date and that they clearly show the profitability of your business. I can assure you that buyers still exist, and for those with an eagle eye, there could be a few bargains although unless you are sitting on a mountain of cash, I would recommend that you speak to your bank before undertaking a purchase.

The hotel sector in Belfast has also had a difficult year with occupancy levels dropping and having to resort to very aggressive pricing in order to attract business. Whilst it is good to see four new hotels opening in the Greater Belfast area, such as Premier Inn in Lisburn, Ramada Encore at the Cathedral Quarter and the Ibis Hotels at Castle Street and University Street, it is even better for the customer in providing an abundance of choice.

It is interesting to note that many hotels are busier from Friday through to Sunday night which is a complete reversal of a few years ago when occupancy levels were higher from Monday through to Thursday driven by the business traveller.

By offering attractive packages they have managed to open up a new demand with the strength of the Euro encouraging the Southern market. Hopefully when the economy picks up both ends of the week will be popular as Northern Ireland have the facilities to offer the business and tourist markets.

It is my opinion that in general the licensed trade has coped well in the current market and have made stringent efforts to keep overheads down and look for new avenues of business. While the competition between on and off sales is unlikely to disappear it will never prevent people wanting to socialise in pubs, hotels or restaurants.