Bargains In Difficult Time For Industry

There is little doubt that the leisure sector has been affected by the current economic climate over the past year. A combination of job losses and a decrease in disposable income has had a knock-on effect with many licensed premises having to survive on weekend trade.

Other factors are affecting business such as the smoking ban and the cost of drink in off sales. Gone are the days when many of your customers smoked 10 cigarettes and drank six pints. That person does not exist any longer as he may go for a couple of pints and then home where he can smoke and drink at a lesser price and no hassle. Another change in lifestyle is where the 18-30 group will now have a few drinks at home and then on to the pub or nightclub at 10.00/10.30 instead of being there from 8.00 pm.

During the second half of 2009, the recession appeared to bite hard with eight or nine licensed properties sold under receivership and the situation has not improved this year with a further 4 or 5 premises suffering a similar fate.

While there were some notable casualties such as Café Rouge and The Potthouse it is interesting to note that forced sales can produce opportunities with Café Rouge having been renamed as Horatio Todd and The Potthouse to open again in July after substantial renovation. I have currently on the market the Halfway House in Banbridge, which is in Administration and has been a well known pub for many years. 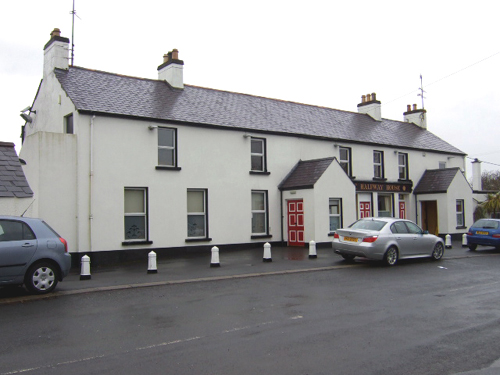 I have seen it happen many times in the past where one person’s failure can lead to another’s success.

In spite of these difficult times the open market is still performing, as recently I sold 5 pubs to Bill Wolsey, The Chestnutt Inn to Derek Patterson now rebranded as the Tannery and The Wildflower in Kircubbin, while Ronan Sweeney and Danny Millar have acquired The Parson’s Nose, formerly The Marquis of Downshire, in Hillsborough.

The recent past for the licensed trade has been difficult and is not likely to improve in the immediate future, but for those with a sharp eye there will be bargains.