Energy Performance Certificates: Why They Matter And Why They’re Here To Stay

Energy Performance Certificates (EPCs) are now required for all commercial buildings whenever built, rented or sold. Although the term has been bandied about for some time, there still appears to be some confusion within professional circles about how the certification process actually works. For instance, I was in communication recently with a solicitor who was under the impression that obtaining an EPC for one unit within a multiple-occupancy building would also cover similar units within that building. Unfortunately, it’s not as straightforward as that. Unless there is a communal heating system for multiple units, then a separate EPC is required for each unit within the property. So perhaps it’s time to set the record straight and spell out exactly what EPCs mean for commercial properties?

The origins of EPCs lie in the UK Government’s compliance with The European Union Energy Performance of Buildings Directive, which promoted the improvement of energy performance of buildings within the Community. From 1st October 2008 the Energy Performance of Buildings Regulations (NI) 2008, stipulates that all Non Domestic Buildings being sold, rented or sub-leased (to new tenants) are legally bound to have an EPC with its own unique reference number available for inspection when placed on the open market. The sale or letting of the property will not complete without a valid certificate.

An EPC gives summary information about the potential energy performance of a building, its fabric and services. It provides an A to G rating - called the Asset Rating and focuses mainly on the amount of CO2, which is estimated to be released from the building. The energy performance of the building is benchmarked against current building standards. EPCs will be accompanied by a Recommendation Report highlighting measures, which, if adopted, have the potential to save energy and money. Energy Performance Certificates remain valid for ten years unless the building is modified. 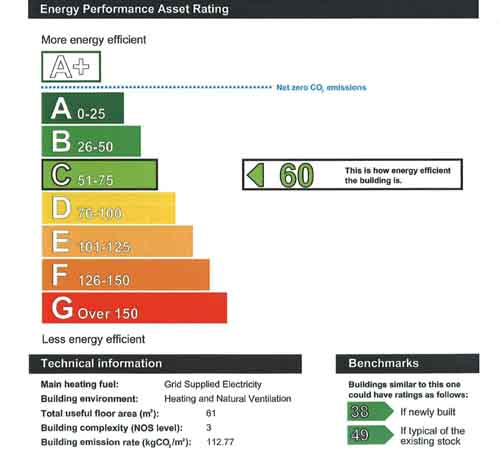 If a landlord or their agent does not provide a commercial EPC upon inspection, or with sales particulars, then they are liable to a fine from their local district council.
This fine although based on a number of criteria is mainly calculated on 12.5% of rateable value between a minimum of £500 and a maximum of £5,000. The regulations state that the officer can give a penalty charge notice to any person who has committed a breach of any duty under the various parts of the regulations, in particular, 'the person giving the particulars' and 'the relevant person'.

It should be noted that only a qualified and accredited commercial energy assessor can produce EPCs and Recommendation Reports. The accreditation and competence of the assessor must be suitable for the complexity of the building. At present, EPC recommendations are only advisory, however this is being reviewed, and the Government is currently engaged in a consultation exercise regarding this issue. There are some suggestions that EPC recommendations may become mandatory within the next five years.

Where a tenant has been in occupation prior to 1st October 2008, and continues in occupation after this date, an EPC is not required. If that tenancy changes at a later point, an EPC will be required for new tenants. Buyers may be in a slightly better position to negotiate a keener price if the EPC shows a low rating. However, location, the condition of a building and state of the market will continue to be the dominating factors.

Regardless of what happens on the 6th of May, environmental issues will remain high on the political agenda. One thing is certain: EPCs are here to stay and current legislation is likely to be extended, which will place even greater responsibility upon landlords and managing agents to ensure that their properties are legislative-compliant as failure to do so could prove costly in the long run. 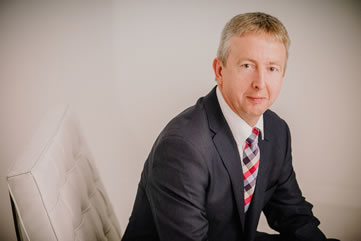