Coming Back Down To Earth

I blame the Greeks.  Ever since Icarus ignored his father’s warnings and flew too close to the sun causing the wax holding his wings to melt, the Greeks have been waiting for another meltdown.  They are never far from our current thoughts as they are the Eurozone country closest to complete financial collapse.

However, the Greeks are by no means alone in soaring too close to the sun whilst ignoring economic warnings, and so now along with a number of other European countries, Ireland included, must find a way to control spending and reduce debt to avoid default and ultimate bankruptcy.  We can widen our criticism beyond the Greeks as we look for people to blame for the current economic conditions and  basically take our pick of countries, politicians, bankers, property developers, agents and a "must have it now" general public who have all contributed to our present economic woes.

The previous government allowed a debt boom to get completely out of proportion and failed to recognise the looming crisis.  People simply forgot that borrowed money is exactly that and needs to be repaid.  However, we are where we are, and some four years into the current economic crisis, we need to stop looking backwards for someone to blame and look forward to implementing measures enabling us to start growing our stalled economy.  Austerity measures need to be implemented and both central and local government cannot keep spending at current levels.  Our local economy needs smart thinking if we are to maximise Northern Ireland's potential.

Obviously, I specialise within the property sector and my thought processes are primarily in this area of the economy.  Since this ties into wider job creation through construction, recruitment and inward investment, I believe that a number of initiatives should be uppermost in our politicians' thinking.  With the current difficulty in obtaining business finance, inward investment has become a key area for us to consider.  Attracting UK institutional investors back into Northern Ireland is of key importance.  Inward investment allows our local developer/investors to exit property holdings, repay localised debt and hopefully allows them to look for new opportunities.

Many of you may wonder what development opportunities still exist within Northern Ireland and be surprised to learn that barring two large office developments on the waterfront and a wing of office accommodation in Titanic Quarter, the market has effectively taken up most of the Grade A office accommodation available throughout Belfast.  In the first three quarters of 2011, over 200,000 sq ft has been leased: in reality, very little choice exists for potential occupiers in Belfast.  At a recent seminar, the CEO of Citi Group commenting on the success of their Belfast operation highlighted his view of the two most pressing issues that can prevent further expansion and development of Northern Ireland’s knowledge- based economy.  He listed the diminishing number of highly skilled IT professionals and the lack of quality properties being developed offering high-tech companies' choices in which to locate.  Northern Ireland is currently the most cost effective regional location of the UK in terms of rental and this should be a major selling point for our politicians and government agencies. 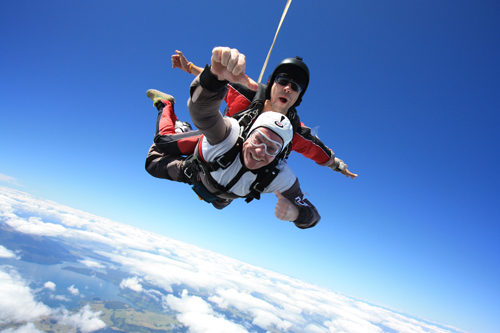 Pic: Osborne King's Managing Director Martin McDowell gives the thumbs up sign on a recent skydive, but he is less enthused by the Government’s approach to tackling the economic downturn.

I remain somewhat bemused by our government agencies’ approach to development within a sector of our economy that has the potential to expand, create jobs and deliver a competitive advantage for the people of Northern Ireland.  I have written before of the government’s destructive approach to our office market where they seem utterly determined to drive down rental values to the point where office development is simply not viable.  They seem to consider profit as undesirable and have introduced measures that make profit geared against current rental levels positively unattainable.

I do not wish to spend any significant part of this article on government disincentives but would again highlight planning delay coupled with car parking policy, vacant rates liability and the positively unfair lease provisions that local government employees insist on inserting in leases only within Northern Ireland as major handicaps to future development. My purpose in writing this article is to highlight what we can do to develop a sector that has growth potential and will provide positive benefits to the wider market.  Encouraging development should be a government priority as without the appropriate infrastructure we simply will be unable to compete with our regional rivals.

Simple incentives would allow developers more confidence to start projects.  We should immediately abolish vacant rates liability on new development until it has achieved initial occupancy.  The current window for non-payment is simply too tight to allow developers time to finish, market and achieve occupancy of buildings.  Rating has always been an occupational tax and the very concept of vacant rating has always seemed inequitable to me, however, at least by extending the development rate free period you encourage developers to go on site.  One thing I know after some 30 years in property is that pre-lets for large-scale office developments are rare; most companies need to see the options on the ground before they will commit.

Planning also remains a contentious area with decisions continuing to take far too long to appear. We need to be able to spot market opportunity and act, not wait until the opportunity is gone before we get permission.  Planning fees have increased and yet decision times seem to be as slow as ever.

We need to adopt other regional approaches that put time deadlines on planning decisions allowing faster appeals if decisions are delayed.  Too many of the statutory consultees have no understanding of urgency or the commercial pressures that exist in the real world.  Allow the private sector to respond to opportunities more effectively by speeding up decisions.  Too often, the fear of making a mistake prevents any decision at all being made by the Planning Service and simply increases delay.

Another concern is the potential introduction of a “large stores tax”- a supposedly temporary tax measure.  Who are our politicians trying to kid?  Why would anyone believe that this is temporary, and more importantly, why would our politicians risk creating another regional disadvantage to development within the province? If, as stated, this is an attempt to redress the inequities since the last rating revaluation why not undertake a full revaluation to ensure all are treated equally?  The more likely reason is that it is easier to target large companies for a quick cash hit than make the hard calls regarding public sector cost savings.  We have been cutting costs within the private sector for four years: central and local government still seem to be talking about it as opposed to implementing genuine efficiencies. However, I don’t need to be re-elected.

We need to learn how to spend less generally, make better use of our assets, maximise our regional cost and expertise advantages and look to build opportunities for the future.  Unless we take a pro-active approach to tackling our problems, we will remain the slowest region of the UK to climb out of recession.

Let’s stop looking for people to blame for the problems we now have and let’s look instead for creative solutions.  We can continue to blame the Greeks, the Eurozone, the banks, the government and everyone else but looking backward is not our future, looking forward at our actual opportunities has to be our collective approach.  We need to chase opportunity and challenge our local politicians to see the wider picture. We need to come back down to earth and realise that we must build our own economy rather than assume that our leaders will find enough savings/new taxes to get us out of debt. 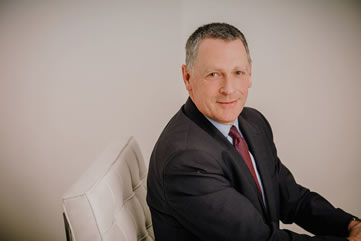