Osborne King will hold its second large-scale property auction this year at the Holiday Inn, Ormeau Avenue, Belfast on Thursday 8 December.   The auction will comprise 24 lots and feature a broad geographical spread of residential and commercial property in addition to development land with maximum reserve prices ranging from £5,000 - £175,000.

Osborne King's first auction in over four years took place in September and attracted widespread interest from a varied mix of individuals that included first-time buyers, investors and developers.  The company disposed of a staggering 25 of the 27 lots (93% transacted) on offer and is hoping to achieve similar sales levels at the upcoming auction although Mark Carron, head of Osborne King’s auction team, accepts that replicating the success of the September event will be challenging. Commenting, he said, "Obviously, we were very pleased with the results of our last auction, particularly in view of the fact that a large proportion of properties sold on the day had been on the market for quite some time, in some instances, up to two years.  From our perspective, this level of success demonstrated clearly that the auction process is an extremely effective and efficient method of sale, provided it is managed properly.  That said, it remains a challenge to either equal or surpass the results of our last auction although the team has worked hard to assemble a diverse range of lots priced at extremely realistic levels, which, we hope will attract similar levels of interest and numbers of bidders on the day." 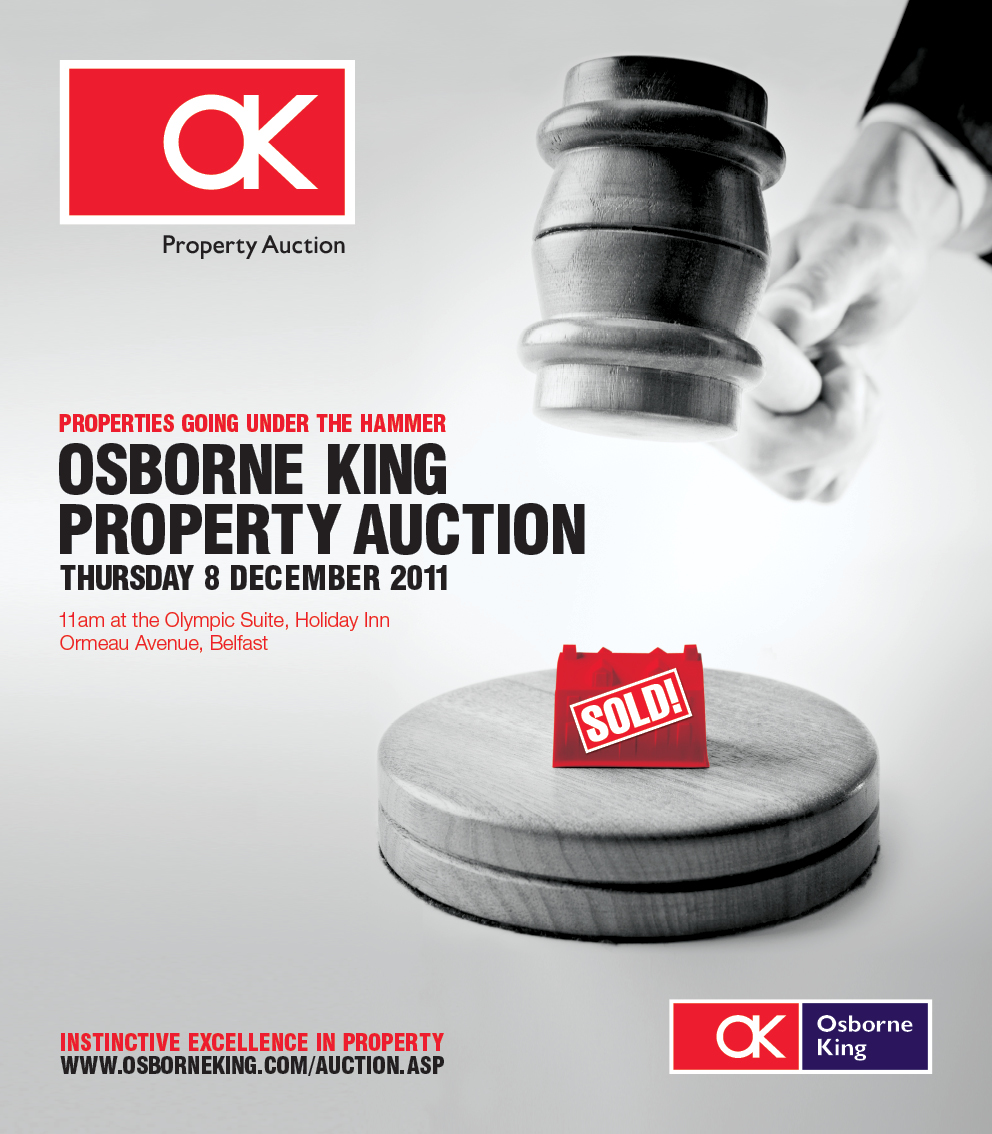 Full details of lot types, sizes and prices are available in Osborne King’s auction catalogue, either on-line at www.osborneking.com/auction.asp or by telephoning the company on 028 9027 0000.