Osborne King has announced that it is to hold its first large-scale property auction in over four years at the end of September 2011. The company anticipates that the auction will comprise a broad mix of properties featuring both residential and commercial property in addition to development land within an estimated price range of £50,000 - £500,000.

Prior to the global recession, Osborne King had established an enviable track record as the leading auctioneer within the local commercial property market achieving cumulative sales of over £188 million arising from auctions held during a three-year period. To date, the company is the only Northern Irish property consultancy to have featured on a National Property Auction Index listing the Top 20 auctioneers within the UK. 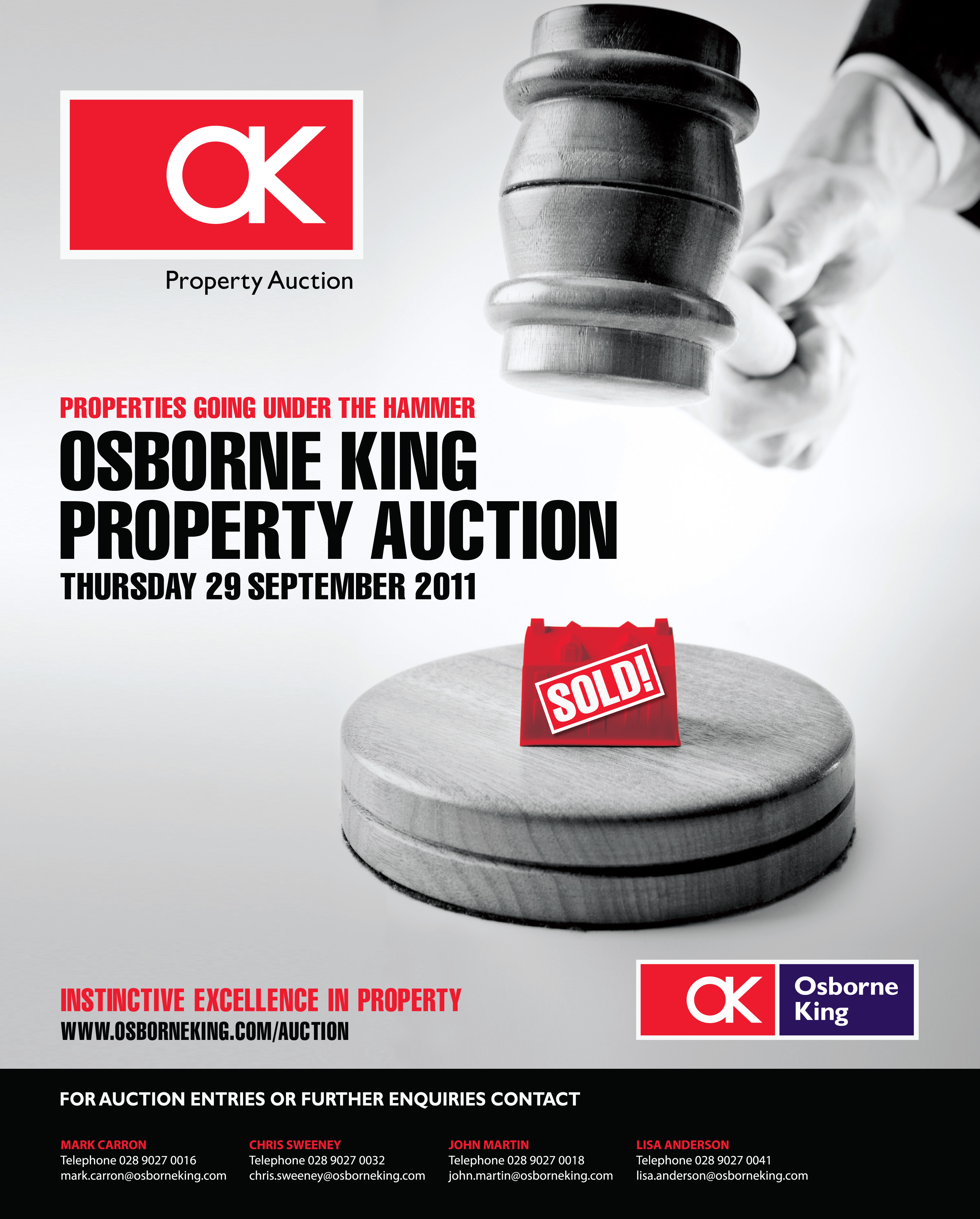 Click on image above to go to the Auction webpage

Osborne King's auction team is confident that this forthcoming auction will prove to be an excellent opportunity for investors, owner-occupiers and developers to acquire product at realistic and affordable prices. The company has been encouraged by the enormous success of a recent property auction at the Shelbourne Hotel, Dublin, realizing sales in excess of 14 million Euros, a fact which managing director, Martin McDowell acknowledges stating:

"Obviously, the success back in April of the auction in Dublin has influenced our thinking to a degree in terms of convincing us that the time is now right to engage in a similar activity locally. It may seem a bold move on our part to be re-engaging with the auction process, however, we have been monitoring the market closely over the past three years and are now convinced that the time is right and that demand exists for an auction.

We have begun to see some movement in the local market but confidence remains fragile, so in our view the public need to see that prices have bottomed out in order to kick start activity at realistic property values. Our auction will provide opportunities to buy good quality property at sensible value levels".

Referring to the fact that a number of interested parties have approached Osborne King in recent months expressing an interest in bringing property to market via the auction system, Mr McDowell added:

"From both a seller’s and purchaser’s perspective, an auction Is one of the most transparent, efficient and effective ways of buying and selling property, particularly when one considers the clear benefits such as signing a contract on the day, no opportunity for price chipping in addition to completion within 28 days. As a company with a strong track record in this area, and with a sound knowledge of the overall property market, we urge those with an interest in property be they prospective buyers or sellers to come forward and involve themselves in the auction process, which has proved to be so successful in the past."

The auction will be held in Belfast on Thursday 29th September 2011 with closing date for entries 17th August 2011.