Lidl is to open a new 14,000 sq ft store at Damolly Retail Park, Newry this month creating approximately 15 new jobs. The store will be one of the new format designs being rolled out currently by Lidl and it will the company’s second store in the city reinforcing its commitment to bringing its much sought after retail offer to as many people as possible across Ireland. 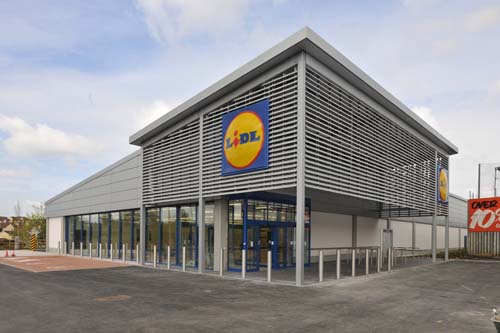 The Lidl opening follows recent openings at Damolly by Mothercare and Next Home during 2010 and demonstrates the strength of this retailing destination within Northern Ireland. Damolly Retail Park is now owned by London-based Metric Property Investments Plc, which purchased the scheme from local Northern Irish property company, Corbo Ltd, in July 2010.

Colin Mathewson of Osborne King who advised the owners in the letting to Lidl remarked:

"We are delighted that Lidl is opening for business at Damolly Retail Park. This new store will not only complement the existing tenant line-up within the scheme, but will also reinforce Damolly’s position as the dominant retail park in the region. The park is now fully let and has an impressive tenant line-up and the owners are now seeking planning consent for a number of restaurant units, which have already generated significant interest from potential occupiers."